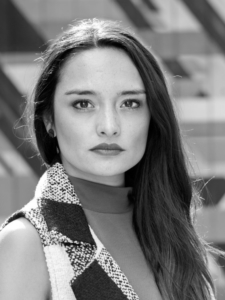 Homegrown on a pig farm in Oklahoma, Margie gained an obsession for American football. When she isn’t yelling at the television during an OU Sooners’ football game, she can be caught playing flag football in Newport Beach on Sundays. Her thoughts consist of country tunes, dancing, and hosting friends. Tallying 14 friends that have visited her since she moved to California a year and a half ago, whereas, in Boston, she only had 1 visitor the whole year. Maybe the weather has something to do with these sudden appearances? She vows to never leave beautiful sunny California after witnessing three blizzards in Boston.

Despite being the baby of thirteen, she is quite independent and spontaneous. She has been known to disappear for the weekend on a whim. It was overheard she was asked to participate in a photo shoot in Mexico on a late Friday afternoon and by Friday evening she was in Guadalupe Valley. Her past experiences are wrapped in creative industries such as fashion, entertainment, event planning, and interior design. This little lady is a product designer and creative director for her personal clothing collection. She designs for men and women. At FoxLin, she can be found behind a computer, masterminding the social media platforms, developing the website, and devising creative marketing strategies. Margie enjoys the dynamic and warm company culture at Foxlin Architects.