At Foxlin, we aspire to turn YOUR ideas into reality. What separates us is that we truly listen to you. We work hard to understand what it is you want and provide you options to let you visualize your dreams. In the end, it is your architecture, not ours and we work to be your architectural voice. We understand that architecture is an expensive and very important endeavor to each and every client and choosing the right architect is part of that decision. We will help you to understand the feasibility and reality of your dreams including all aspects of an architectural project from planning, design, budget and a timeline. Each and every project we take on is important to us as well. We are a very intentionally small office and pride ourselves on “Principal” involvement at every stage of every project.

The principals, Juintow Lin and Michael Fox met at MIT almost 20 years ago in architecture school. After graduation, they went their separate ways as Juintow went to London and Michael to New York. Both relocated to Los Angeles in 2003 to start their lives together and in 2005, they opened the office of FoxLin in Venice, CA. The office began with a few select residential projects each year to build their foundations as a small office. Their Bubbles Installation won an AIA-LA honor award in 2006 and was published widely. In 2008, the office relocated to Southern Orange County and now has developed into a full-service architectural office with projects at all scales in all parts of the greater Los Angeles area as well as internationally in China and Israel.

The partnership of Fox Lin combines the “sustainable” expertise of Juintow Lin with the “technological” expertise of Michael Fox to formulate a truly optimistic outlook on the integration of technology and architecture. Our design is a balance of ambitions providing solutions that will satisfy your needs with a contextual, artistic and functional integrity.

Principal bios and links to CVs are provided below.

Enter Your Name And Best Email 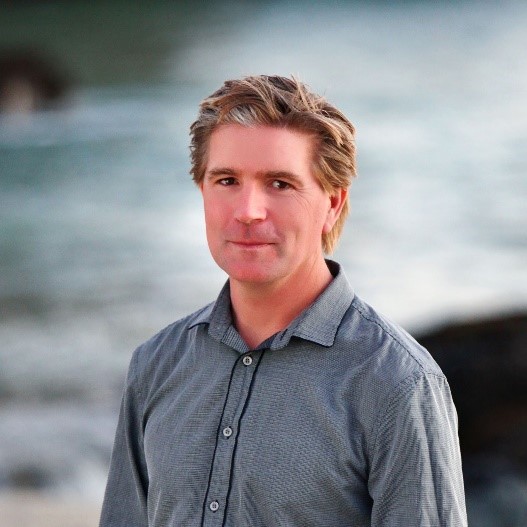 Michael Fox is the co-founder and Design Principal of FoxLin Architects and is a Professor in the Department of Architecture at Cal Poly Pomona and a regular visiting professor at the Hong Kong Polytechnic University. His practice, teaching and research are centered on interactive architecture and the intersection of robotics and digital fabrication.  He also is regularly involved in research projects for outer space.

He is the author of “Interactive Architecture” and “Adaptive World,” both published by Princeton Architectural Press. Fox’s work has been featured in numerous international periodicals and books and has been exhibited worldwide. Michael has lectured internationally on the subject matter of interactive, behavioral and kinetic architecture. He has won numerous awards in architectural ideas competitions and his masters’ thesis at MIT received the outstanding thesis award for his work on computation and design processes. His work has been funded several times by NASA, the Annenberg Foundation, the EPA, the Space Grant Foundation, the Graham Foundation and others. He twice served as the President of ACADIA (Association of Computer Aided Design in Architecture)

Fox received a Bachelor of Architecture from the University of Oregon and a Master’s of Science in Architecture from MIT in 1996. He has taught on the subject matter of interactive, behavioral and kinetic architecture at MIT, The Hong Polytechnic University, the Art Center College of Design in Pasadena and Southern California Institute of Architecture (SCI_ARC)  and USC in Los Angeles as well as numerous international workshops. 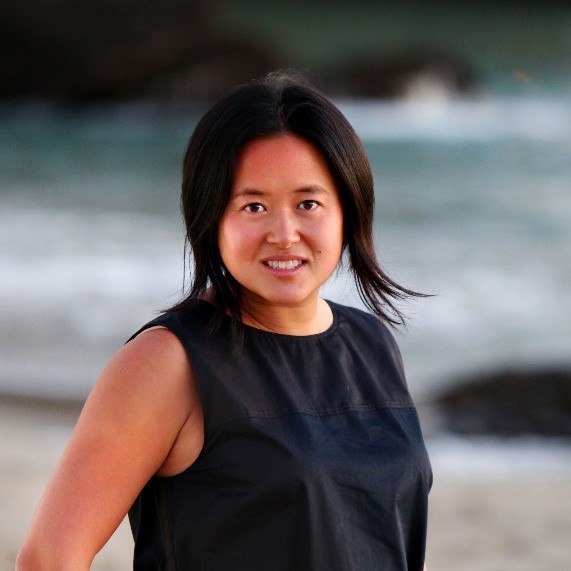 Juintow is a registered architect and founder/principal of FoxLin. She is involved in all aspects of projects as both manager and designer. In addition, she manages the business operations for the firm. She was born in Iowa and lived in the Midwest, the East Coast, as well as in China, London, Paris, and Venezuela, before settling in the beautiful state of California. For a long time, her favorite hobby was travel photography, and she visited 30 countries with a heavy camera bag and film in the days before digital. Now a mother of 3 and co-owner of FoxLin, she is happy to be close to the beach in the beautiful town of Dana Point.

Her start in the architecture field began when her house burned down when she was a freshman in high school. After her family engaged an architect for the rebuild, she was fascinated by the trade and decided to become an architect. Lin studied Architecture and played Field Hockey while an undergraduate student at MIT. She then moved to New York to work at I.M.Pei’s office where she worked on mixed-use towers in Taiwan and Indonesia. She took a brief break from architecture and taught mathematics, art, and coached sports in a small town called Maturin in Venezuela, where she learned to scuba dive and enjoy a good cup of coffee. In 1997, she returned to MIT to get her Master’s degree in Architecture, serving also as a Research Fellow working on Sustainable Urban Housing in China. She co-edited and co-authored a book of the same title with her colleagues in the Building Technology Department. The group worked with Design Institutes in Beijing, Shanghai, and Shenzhen on sustainable housing designs and also gave workshops on Sustainable Technologies. In 2001, she moved to London to work at Pritzker Prize-winning firm of Foster and Partners in London and worked in a site office for two years on a mixed-use project prior to moving to LA to work at Marmol Radziner. While at MRA, she managed a number of high-end residential projects in addition to working on the construction side of the design/build aspect of this firm. She is currently a tenured Associate Professor of Architecture at Cal Poly Pomona, where she teaches architectural design, technology, and sustainability classes. Her favorite projects developed with students in her studios include a panelized house design for post-earthquake Haiti as well as prefabricated modular cabin designs for the California State Park System. Her academic work has been published in various media and presented widely.