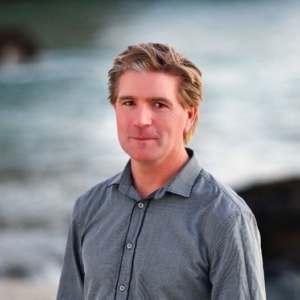 Bachelor of Architecture
University of Oregon, 1992

Michael Fox is a founding partner of the award winning architectural practice of FoxLin Architects. He is a registered architect, professor, author, and contractor. He is the author of two books by Princeton Architectural Press including Interactive Architecture and IA: Adaptive World. He is the recently twice elected President of ACADIA (Association of Computer Aided Design in Architecture) His practice, teaching and research are centered on interactive architecture with a secondary focus on architecture for outer space and has carried out several projects for NASA. Fox is the past founder and director of the Kinetic Design Group at MIT as a sponsored research group to investigate intelligent kinetic architecture. Michael has lectured internationally on the subject matter of interactive, behavioral and kinetic architecture. He has won numerous awards in architectural ideas competitions and his masters’ thesis at MIT received the outstanding thesis award for his work on computation and design processes. Fox’s work has been featured in numerous international periodicals and books, and has been exhibited worldwide including the SFMOMA, the Venice Biennale, The Smithsonian Air and Space Museum among others. His work has been funded by NASA, the Annenberg Foundation, the National Space Grant Foundation, the Graham Foundation and others. Fox is a Full Professor of Architecture at Cal Poly Pomona and has taught on the subject matter of interactive, behavioral and kinetic architecture at MIT, The Hong Polytechnic University, the Art Center College of Design in Pasadena and Southern California Institute of Architecture (SCI_ARC) in Los Angeles as well as numerous international workshops.