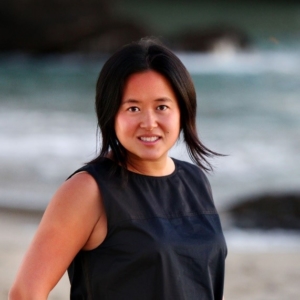 Juintow was born in the land where the tall corn grows, Iowa. Known as the first or second in the country for the production of corn, oats, soybeans, cattle, and milk, it’s a shock that Juintow now designs contemporary luxury homes. Perhaps this is owed to her being raised in a suburban area of Chicago or the several other big cities and multitude of countries she has lived and visited. She has claimed home to all of the following at some point in her life: Paris, London, Boston, New York City, Chicago, Iowa City, Venezuela, China, Taiwan, and now California. She has lived in so many areas and has traveled to over 36 countries, she almost puts Don Parrish from the Travelers’ Century Club to shame. She has completed the alphabet in traveled countries, only missing K, L, O, Q, R, Y, and Z (naturally excluding W and X). She has even lived in Mt. Baldy at 4,000 feet where cell phones are dead and bears are alive. Bottom line, it’s now understandable why this Iowa native has impeccable taste. Funny inside story, when she lived in Venezuela for a year, she was the entire math department, teaching 5th through 12th grade. She also taught art and coached basketball and soccer. Perhaps, Juintow’s spark for travel came from her parents sending her alone on a plane at the age of ten to visit relatives, who did not speak English, for the summer. To much surprise, she came back home speaking Mandarin and Taiwanese.

On the weekends you can find, Juintow taking in every moment she can with her children since her weeks are involved around FoxLin. She loves taking them sailing, to the beach, to their getaway cabin in Big Bear, and she truly enjoys taking photos of her three beautiful kids. She can also be found working and searching for new projects. She has a passion for creating spreadsheets to analyze almost every aspect of not only her work but also life. She has a knack for sweating the small details in design. Often exploring thoughts such as, “Where should the Lego storage bins go?”

To summarize the story of what led this adventurer to co-found FoxLin Architects and discovering her career path can be best explained in the Rock Master Scott, The Dynamic Three song, “The Roof is On Fire.” When she was in high school, her family’s home sadly burned down. Her family hired an architect for the rebuild. A blessing in disguise, Juintow became fascinated by the industry. From that moment, her destiny was decided. Juintow attended MIT where she studied Architecture and played Field Hockey. Following her studies, she moved to New York to work at I.M. Pei’s office where she worked on mixed-use towers in Taiwan and Indonesia.

In 1997, she returned to MIT to earn her Master’s degree in Architecture, also serving as a Research Fellow, working on Sustainable Urban Housing in China. She co-edited and co-authored a book with the same title with her colleagues in the Building Technology Department. The group worked with Design Institutes in Beijing, Shanghai, and Shenzhen on sustainable housing designs and also gave workshops on Sustainable Technologies. In 2001, she moved to London to work at Pritzker Prize-winning firm of Foster and Partners in London and worked in a site office for two years on a mixed-use project prior to moving to LA to work at Marmol Radziner. While at MRA, she managed a number of high-end residential projects in addition to working on the construction side of the design/build aspect of this firm. She is currently a tenured Associate Professor of Architecture at Cal Poly Pomona, where she teaches architectural design, technology, and sustainability classes. Her favorite projects developed with students in her studios include a panelized house design for post-earthquake Haiti as well as prefabricated modular cabin designs for the California State Park System. Her academic work has been published in various media and presented widely. Currently, Juintow is a registered architect and the founder/principal of FoxLin. She is involved in all aspects of projects as both manager and designer. In addition, she manages the business operations for the firm.

Enough bragging about Juintow Lin, time to end with a little roasting. She strolls around, multi-tasking, and “speeding” at 20 mph in her battery-operated vehicle that could run out of battery at any moment. Trust that it has happened before. She has officially taken the slogans, “Go Green” and “Save Mother Earth” beyond the norm, but nothing that a tow truck can’t fix.