Michael gave a lecture on catalyst design in Hong Kong 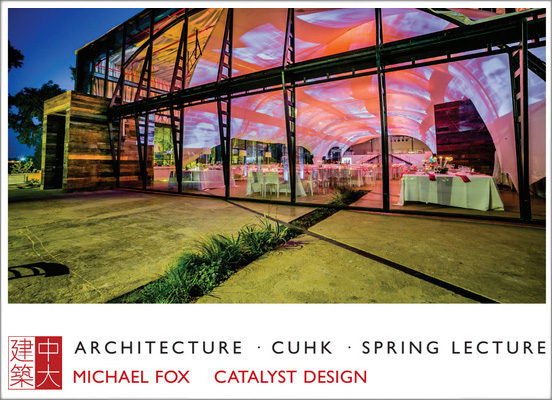 Michael gave a lecture on catalyst design at the Chinese University of Hong Kong on March 27, 2014.

Our physical world today is one that is not only digital, but is also seamlessly networked andconnected, an architectural world that becomes an active participant in our lives. As we continue to embrace a world where the lines between the physical and digital are increasingly blurred, we are beginning to see a maturing vision for architecture that actively participates in our lives. Our architectural environments are becoming so inextricably tied to our technological living trends that they are defining each other in a corresponding manner. How architectural design integrates and reconciles the digital is the subject of this talk; in our contemporary context it is nothing short of reciprocal innovation. In a sense, such a connected world is in a unique position to reposition the role of the architectural designer. In the paraphrased words of Gordon Pask, The role of the designer should be not so much to create a finished design as to catalyze a design; to ask that it may evolve. Perhaps ironically it positions the act of designing architecture in a connected world as much more of an ego-less, emergent endeavor that lies in not designing the future, but designing the platform for the future.