The design and construction was carried out in an academic context that was displayed to a public audience of approximately 200,000 people over the course of three days. The project consists of a large networked structure with a light steel frame inside wrapped tight with fabric to provide 3D volumes ranging from 2 feet to 6 feet in diameter. When someone is close to one of the legs, it shoots lights from that person to another person within the space in 3D through the structure. It becomes like a large 3D neural network.

Initially, a matrix of various geometries was explored which satisfy the complex contextual objectives of the exhibit. The early designs were based on a series of conceptual images based on flocking behavior. Primarily the geometric explorations focused on how the nodes can be combined to make a spatial network. Several possibilities of movement were explored relative to a vertical surface. The scale of the exhibit considers the spatial implications from an architectural perspective. 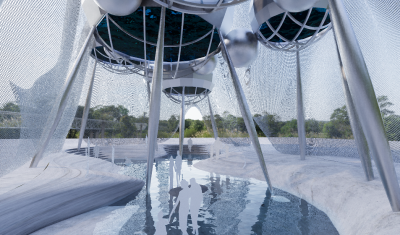 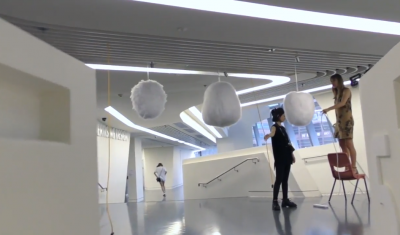 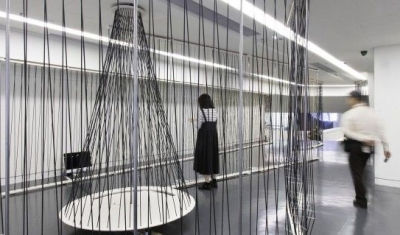 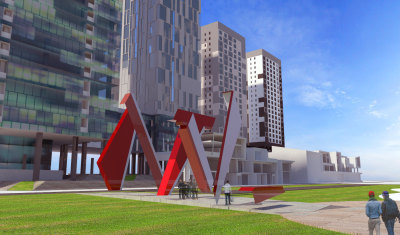